MY GRANDMOTHER "MIRACLE" FOR ME

My Grandmother Driskell was one of the saddest and maddest people I ever knew.  BUT I didn't know why, then.  During ALL these years since she died, Christmas, 1963, when I was 18, I hadn't heard much of anything.  Then, when I was visiting family in Tacoma last October, I saw some albums piled with photos and I heard bits of info that had never surfaced, but had started to rise up with paperwork found after my mom's death nearly 2 years ago.

My mom was born in 1920 in Tacoma and she was adopted.  I had been given the idea over time that my mom was wanted by the man to adopt her, but not by the woman. Found out recently that he was 50 and she was 39 when my mom, their new baby, was taken into their home.  I knew my mom had a sister.  What I didn't know til now was that their daughter, Ruth, had died in 1918 at the age of 5.  From what I understand, grandmother must have been still in sorrow and grief when this new baby was forced into her life. 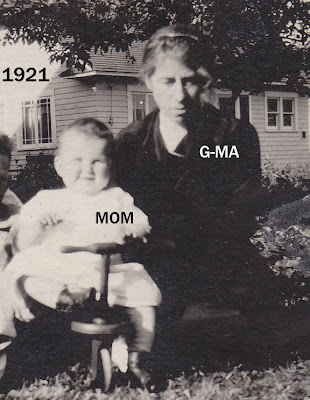 Mom's dad, Edwin, had a real heart for her, from what we can understand.  He had a good city judge/atty job and a variety of ways to pull money in.  The house he had purchased was nice, to say the least.  I don't know where my grandmother's heart was, but, even though at that stretch of time she wasn't a "sweetness and light" person, MORE hit her.

First, her daughter [my mom] had polio in 1927-28.  Not as serious as some patients in those days, but she missed school for quite some time, especially in 3rd grade.  Next, Edwin, her husband, died in 1928. THEN, even though she had a fair amount of money, the Great Depression hit in 1929.  It wasn't long before she rented the house to others and moved back to Wisconsin where she could be with her family out there during that very tough financial time.  Mom was pushing 10 when entering Wisconsin;  she graduated in 1938. 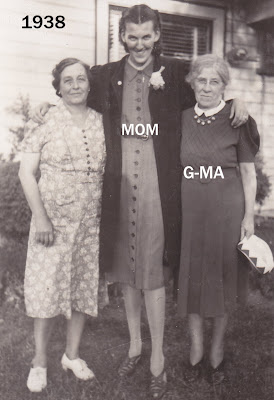 Grandmother moved back to Tacoma to that same house after mom's graduation.  Mom, too, a few months later. And after I was born, I spent time there, off and on, for quite a number of years.

OK.  Now the main reason I'm writing this is because grandmother was very intense and didn't show a lot of care for us kids.  AND when it came to money, she wouldn't give any to anyone.  Thanksgiving would have hotdogs, not turkey, for instance.  She didn't put her money in the bank -- a number of people who went through the Great Depression didn't -- and she kept all of it -- a couple thousand -- in her purse.  [In those days, a thousand dollars was worth a whole lot more than it is now.] 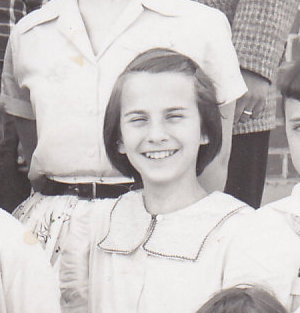 THEN, in winter, 1956, when in 6th grade, I became very ill with either Asian flu or something connected to rheumatic fever. [Been told both possible, and have had symptoms from both ever since.  So, don't know for sure.] I'd been sick for days, my fever was quite high and I was having hallucinations.  Around midnight, the family doctor came to our house ... remember those days, folks?? ... and was not certain whether I would live or die.  I know he told my dad to give me a teaspoon of water every 20 minutes.  And Dad did ... all night.

The next day, a Sunday, my grandmother was brought to the house.  She stood by my bed, knowing I was probably going to die.  And my never-spending-money-for-anyone-grandmother, said, "IF you live, I will buy you a coat."

I don't know, but somehow that rushed into me and I DID come to health in a fairly short stretch of time, just a few days.  Afterwards, I DID go to a department store with my parents and grandmother and I DID get to choose a coat.  In our family, we had little money, rarely new clothes.   THIS. was. a. treat!!

As an 11-year-old, I chose a coat I will never forget.

It was a tweed-style coat with a variety of shades of blue. And the buttons were large and the THIS "letter" color.  YES, now I live in purple.  THEN I lived in blue.  And, as I said, this is one coat, one gift, I will never forget.

And, with what my grandmother went through in life, she was filled with fear, sorrow, anger, frustration.  I know she had gone to a Baptist church in Tacoma many, many years ago.  I have no idea where she truly was with the Lord, but, I hope, desperately hope, her heart was in Him.  I'd like to see her again...  I want to thank her for that coat.

SHE spoke the "giving" words and, even filled with fever, I truly heard them; then the LORD planted them deeply in my heart.

And, because of her offer, I lived.

The promise of a new coat was the spark that caused your determination to live and not die.
Thank you for sharing your sweet story at "Tell Me a Story."

Thanks a lot Mum for sharing such an amazing story. It seems that you and your Mum went thru a lot while growing up but praise the Lord that thru it all the Lord's faithfulness and goodness are very clearly seen . Happy New year!

The Lord has had His hand upon you in so many ways.

I guess she cared more for you than you realized. People that don't like to spend money, but do, speak volumes. What a blessing to remember that coat...