MY ARTIST FRIEND, JACKIE - PT. A

Sometimes I'm absolutely amazed at how the Lord drops people into my life, especially when nothing is anticipated.

On October 1, 2001, I had gone to the North Shore when suffering from depression connected to 9/11.  I was camping at Tettagouche S.P. in our van.  Was there for four days, and then the Lord had touched me and released the sorrow.

ONE huge blessing.  I went to Grand Marais and stopped at an interesting looking shop on the southern edge of town called Blue Moose.  They were filled with pottery, glass art, jewelry, and many other kinds of creativity pieces made by fairly local people.  I started to look at the cards and one especially caught my attention. 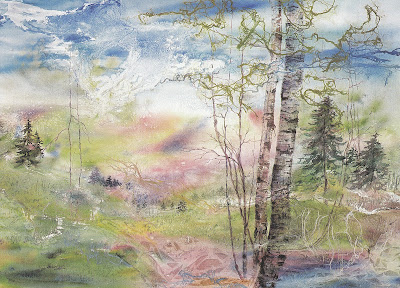 "Out of the Blue"

So beautiful and very obviously filled with creativity, not just tossed together.

I asked Mary Ann, the owner, and she told me that these were drawn and produced by an artist in Duluth, Jackie Kotlarek.  I bought a few of her cards of various paintings.  LOVED them! 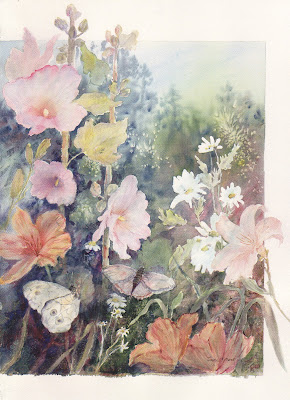 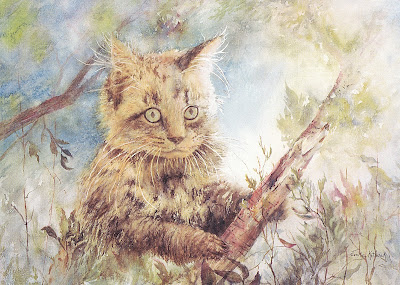 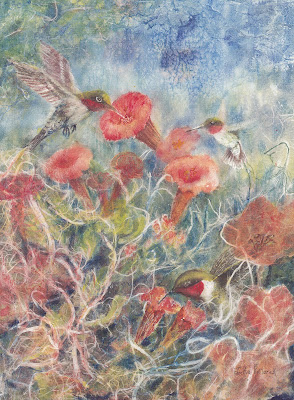 I couldn't stop in Duluth on my way home; it was mid-afternoon when I got there, and I knew I wouldn't reach home until nearly midnight.  And extra stop wouldn't be a good thing.

The next Fall, 2002, Dave and I went up there to visit the Shore.  Our forever honeymoon place.  Made me feel like I was driving up the beach in Oregon with forests and waves roaring and, sometimes, not being able to see land in the distance. 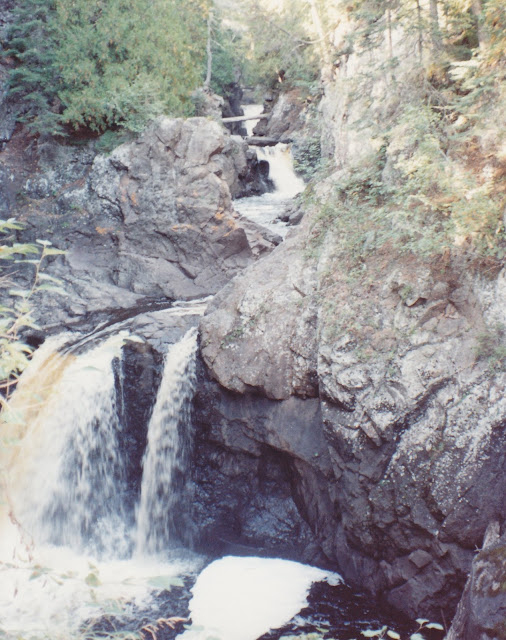 And rivers and falls pouring into the Lake.  Gorgeous.

It was our anniversary and his birthday stretch covering a couple weeks.  So, we just enjoyed and played.  And that's definitely when I became a rock addict.

Their shores were so full of rocks and they were so colorful and shaped in ways that I never had seen before.

HOWEVER, on the way home, we stayed in Duluth for a day and I called Jackie from a shop downtown that was filled with her cards and paintings.  She was very welcoming and told us where she lived, how to reach her home.  It is about 3 miles up the hills from the downtown Duluth touristy area.  We were there a few minutes later.

Her studio was in her basement.  FILLED with original paintings, copied ones, cards, and many other types of creative presentations.  Really neat.

Since it was Dave's birthday time-ish, and he's a water-based person for photos, calendars, paintings, and anything else we could fit in, we looked for a painting for him.  And found one. 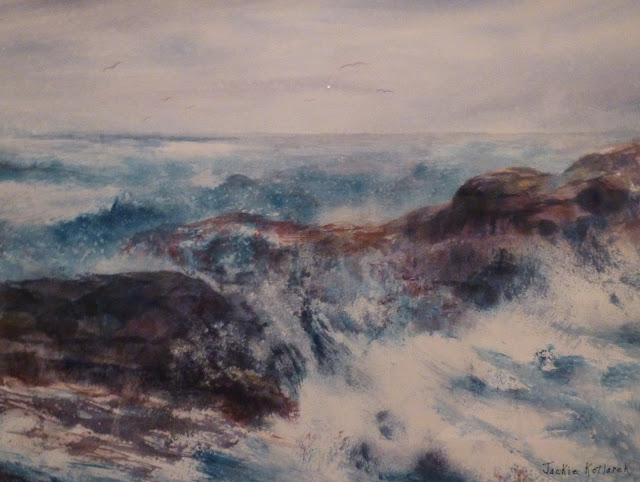 Original, oil painted, and showing the rocks and waves of the water.  We bought it, immediately.

By the time we left, I had a pile of cards, and told her I'd stay in touch.  Any time I was in her area, I would try to be at her studio and look for more.  As far as I can recall, I've been to her place about a dozen times, sometimes 2 or 3 times a year.  She is a blessing.

This Thanksgiving, Dave and I had a little time with Jackie and her husband.  We all had family issues for mid-afternoon, so couldn't be together for long.  But it was a blessing to be with Jackie and Glenn.  We all smiled, touched and blessed each other. 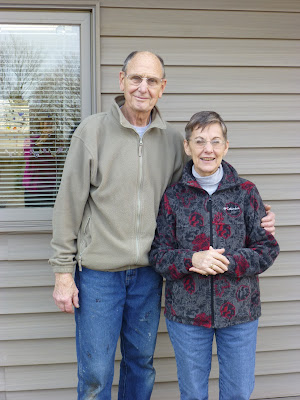 When I came home Thanksgiving night, one of the posts the Lord laid on me was to share about Jackie.  This morning, about 3:00, I suddenly woke up and this story hit me again.  SO, could I put it off any longer?

Nope.  Most certainly, needed to obey the Lord. And I just did.