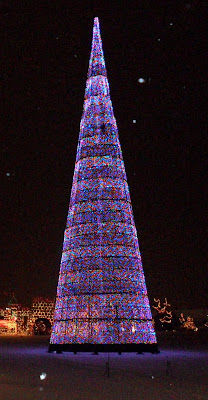 OK, OK.  I know it ain't anywhere near Christmas at this point.  BUT when reading a blog post about giving blankets to the homeless ... a blog which I couldn't find, so Susie sent it to me for which I'm very grateful: http://ponderingsbykris.blogspot.com/2012/08/reach-out-and-touch.html ... I recalled immediately something that landed in my life at Christmas, 1984, was really worth sharing with you.

Back then, I had recently been divorced and had moved back to Omaha, NE, from Edmond, OK, in September.  Got a job soon, so I could, at least, feed my kids and pay my rent, etc. You know, those basics.  Overall, it was truly a challenge. I didn't have enough money for much of anything else, and the Lord dropped some sweet bits and pieces into my life through friends and a local missions organization.  My Lord was truly my Restorer and Storer.

Then...Heavy sigh!  When Christmas break was hitting at school, my kids [15 and 12] wanted to go to Oklahoma to see their friends and visit their dad.  I had to pay for the bus trip.  Can't remember how I came up with that money, but it was not easy.

As soon as they left, it was also not easy to face Christmas with no family on my plate.  Depression slammed me...again.

Now, in October, God had given me a friend.  Ken was a musician and a single dad with his two kids.  We met through and hung out with a bunch of folks at a Teen Challenge Friday night drama/music/worship gathering.

Ken, just like me, rarely had extra cash. Then something happened that has always caused me to rejoice and I've never quite understood how it came to pass.  One of those "God" things.

On Christmas Eve, Ken had an idea.  He had one of his neighbors babysit his kids.  Then, shortly before stores were closing down, we went to K-Mart.  We grabbed about 30 snow caps and gloves from a filled bin at one of the central aisles.  Because it was late and people were done buying, the prices were reduced significantly.  Somehow, we had enough to pay for them.  Then we went to his apartment and wrapped them, sometimes caps and gloves together and sometimes each separately.

The next day, Christmas, we drove downtown with the pile of gifts on the passenger-side floor.  When we saw someone against a building wall, not covered with anything warm, we'd open the windows and holler "Merry Christmas" and I'd toss a package.  We had the stuff divided between men, women, and kids, so I grabbed what looked like it would be best for the folks we saw.

In about half an hour nearly everything was gone.  Then we saw a lady and her young-teen boy standing by a bus stop, but no hats or gloves [and, believe me, it was NOT warm that day!].  We had exactly what they needed and we tossed them, and the car was empty.  We headed back to his apartment and spent time "yippee-ing" and rejoicing and enjoying his kids, watching Christmas stories on TV.

When I think of Christmas now... nearly 28 years later ... I often think of the joyfulness of that one day.  And how the Lord turned "mourning" and "sorrow" and big time depression into happiness -- for me, and, hopefully, for the recipients.  So often have wanted to do that same thing again [and again, and again], but life keeps interfering.

I think this may be the blog you are looking for: http://ponderingsbykris.blogspot.com/2012/08/reach-out-and-touch.html

She left a comment for you not too long ago.

Best Christmas story I've read in a long time -should be made into a movie! Thanks for sharing, it needs to go out anytime for us to be blessed and to share His love any day not just Christmas.

Heartwarming. This is what Christmas is, giving the love and hope of Jesus! I love it.

That's a great Christmas story Joanne. It captures the true spirit of Christmas for me. It is a wonder the way the blessing comes back multiplied when we bless others.

This info is too much informative for me, kindly in the future keep updating us like this...
live tv channels