When we left for Morocco, other than having watched travel videos and the "Casablanca" movie as part of our preparation, I had no idea how this country would enter my heart and stay there.  Well, considering my personality and addictions, a few hours after our arrival, I became overwhelmingly in love with their scenery.  Why?  Almost everywhere/every place was filled with rocks.  The first "rock" photo I took was next to the Casablanca mosque, the Atlantic ocean covering them with waves when the tides rose. 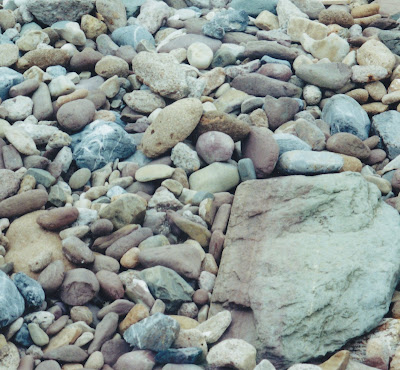 After the Palm Sunday event several days later, we were taken to a Berber Village in the Atlas Mountains.  We had a very interesting and lovely time in the "motel" connected to a very sweet and special family.  The next day, a Tour du Maroc bike racing event took place a few miles way at Imintanout and we were taken there.  It was a lot of fun. Would never have expected something like that.  So, here are a few photos: 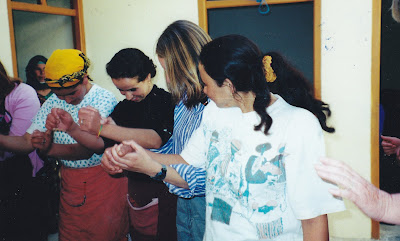 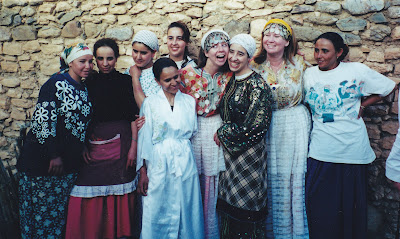 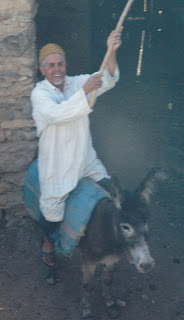 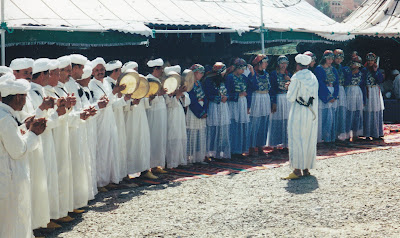 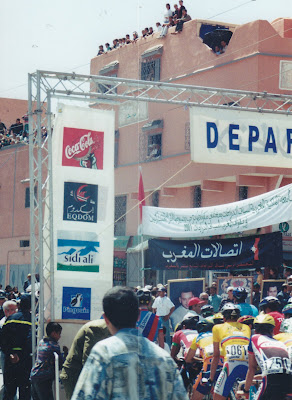 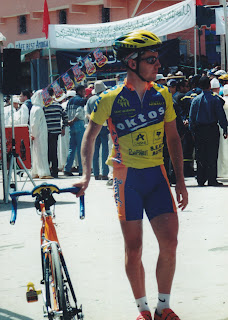 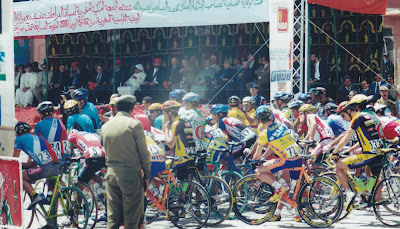 Then life changed -- Again!  We were given a picnic some distance from the house.  In fact, several miles.  We rode in a Land Rover, then walked through a village, wandered around and about, and...

we arrived at a river shore.  A donkey was already there and had been the delivery vehicle for our food. 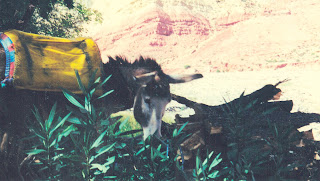 The river was non-watery. And that's how, in my head, I began grabbing my souvenirs for my prayer group.
You see, I wanted to give them something special, something about Morocco that they could never break, lose, or misplace.  I also didn't want them to wonder where it came from, so I knew a rock could be referred to as a "Mo-rock-o".  And hoped they would grin a bit.

That lacking-water-river was near the housing area in the village, so I didn't have to grab all of them and drag them away after the picnic.  But the plan was planted in my head and heart.

The next day, before we were leaving, I was able to finish collecting the rocks and, since we had given most of our clothes to the village ladies [something I always do when going to a different country], my duffle bag had plenty of space.  I had about 30 rocks the size of my hand, and wrapped them in any of the clothes, towels, etc., that I still had.  The rocks were colorful and textured and layered and lovely.  [ And I brought a couple just for myself.  How could I have not done that???.]

Anyhow, that's my story about Mo-rock-o.  Hope you chuckle a bit....  And, BTW, I chuckle, too... always grinning when walking through my yard, and enjoying my national and international souvenirs. 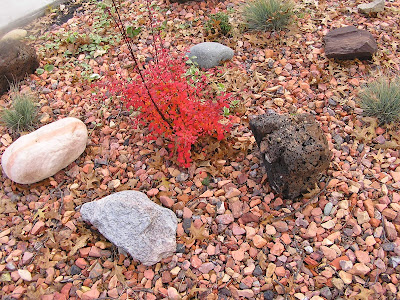 I like it that you have such a soft spot for rocks! I have a couple of really pretty ones on the window sill; my husband picked them up at Pebble Beach. We tend to do that on vacation too!
The people all look so happy and colorful. It was quite an adventure!

I enjoy your "international" rock garden and the stories behind them. You are right-souvenirs that can't break, and can be put out for enjoyment all the time. Loved the colorful country.
Me

This is so neat! What a fabulous experience, and I love that you give away your clothes before leaving. Blessings to you!