The retreat two years ago was a huge blessing and I wanted to do it again this time.  AND it's not far from my home, so I couldn't NOT go!!!  Well,  I got there very early last Friday... about 10:45 AM when the officially portion was at 4 PM.  But quite a number were there after noon and I was blessed to see some of them I'd known before when I was at the same Retreat 2 years ago.  It was a huge blessing to see so many.
During the afternoon and evening there were ways to connect and spend time with and worship through some of them.  I saw many a few times, even during a worshiping time, and that was wonderful.  However, when it was nearly dark, the Lord told me to start walking outside and around and about and pray and worship.  I was told to be on a pathway that went up and down some of the side hills below our huge "house".  It was solidly on the top of the hills that would drop down to a stream.
Since I have sometimes used 2 canes to use to walk around my home area, I certainly decided to use them then.  Walking on the paths, avoiding falling down the hill areas and crashing, was a pretty strong thing to do.  Well, I did it that evening and was out there going around and about any time and the Lord was telling me to turn certain ways, up and down a bit.
That night I couldn't take pictures of the deers that were running across the grasses and up through the tree area across from me. And, as much as I LOVE birds, I couldn't do that either.  I couldn't take too many pictures, anyhow, because I was using my 2 canes and couldn't just set them aside easily and quickly.  Well, I took pictures of the moon that popped up not long after I was walking.  So this is it. 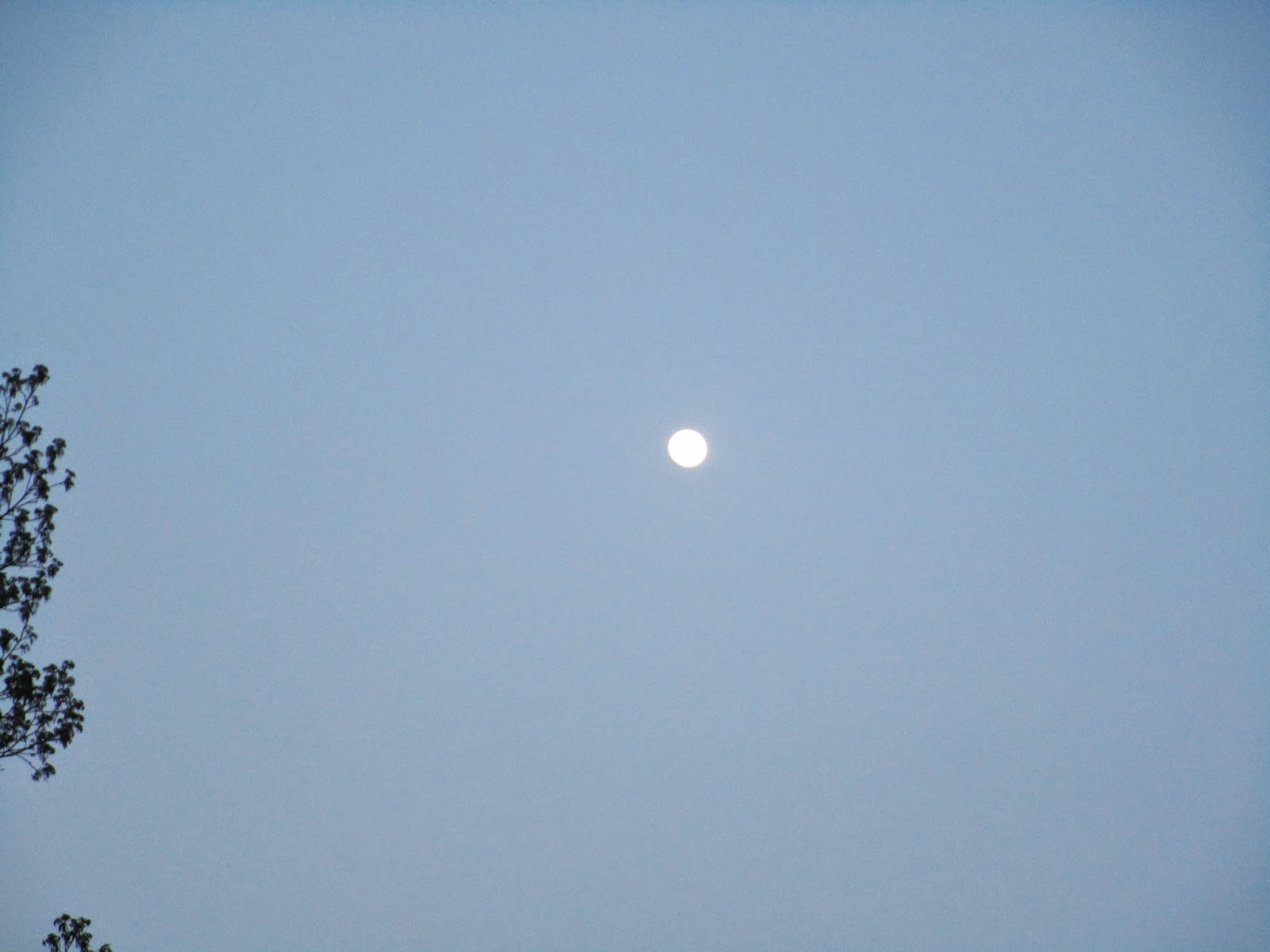 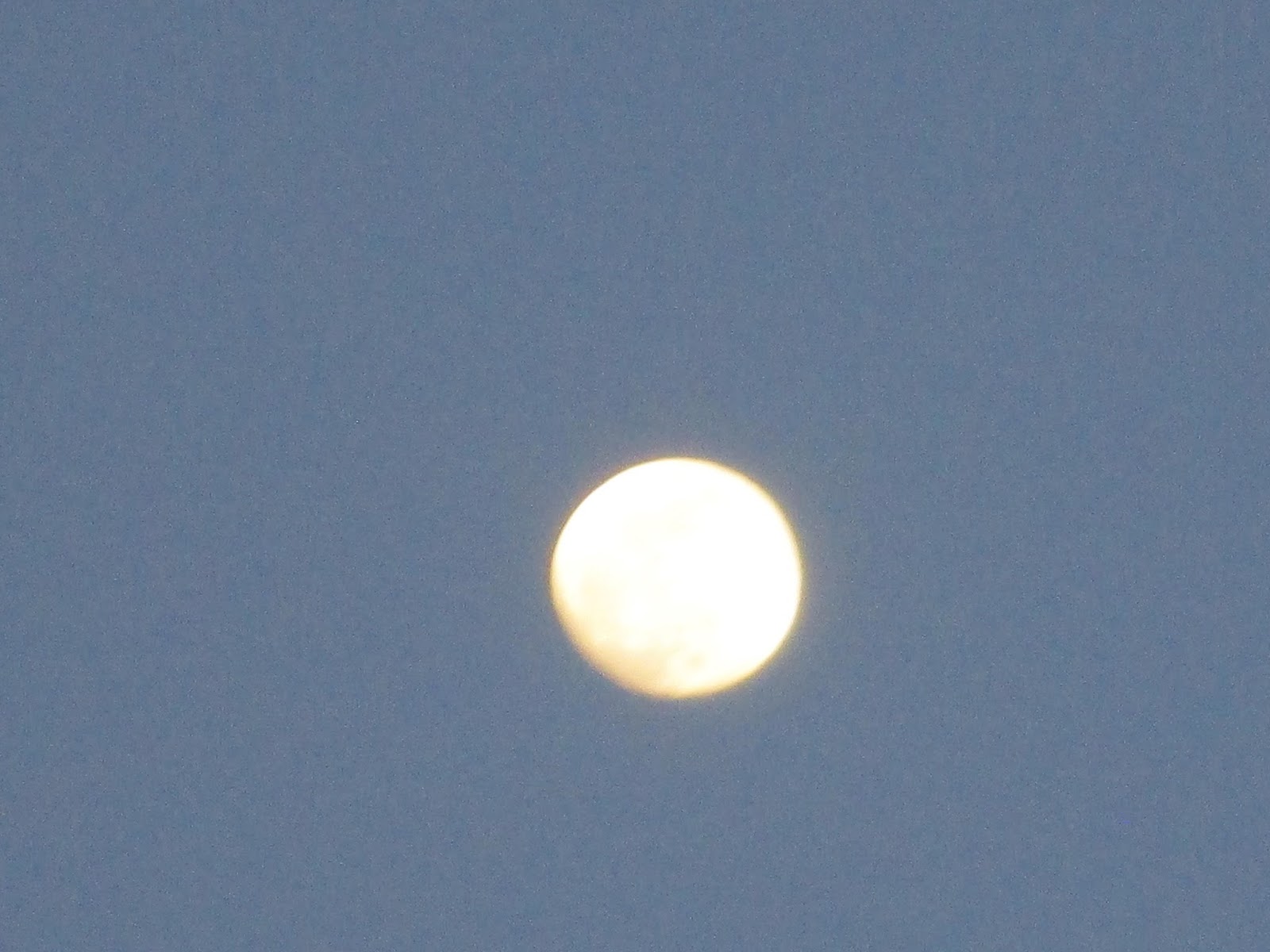 BTW, the next day, late in the morning, He had me do it again, but go further down to the stream and get across it on a wood piece.  Ended up on other tops of hill path areas.  Since there had been lots of rain that night, the canes and my tennis shoes and my jeans were muddy.  I saw much and did much, and stumbled a couple times when going up and down and the mud causing the dirt to be slippy.  I'm a grateful God-jobber and lover and worker.  I got back.  And, again, I couldn't take pictures, because I could fall.  When I got back, I told a couple of my friends that if I had fallen out in that area, it would have been quite a while until I was found under trees, under the stream, or a long way off the side of the paths.  I'm a very grateful God kid.  He always gave me the strength and insight that I needed.
When in the portions where people were teaching and sharing the Word and encouraging, I smiled, but rarely took photos.  However, I'll end this with the pictures of some of the ones I was with.  Two years ago, I was driving around and about from our airport on Thursday, Friday, and Sunday. Sometimes when driving so often I didn't have time to be mixed with them during the retreat much, unless they were in my car/van.  When I reached that time, I needed to rest.  This time no one needed me to pick up or take back.  I'm a bit disappointed re: that, because I had loved doing the driving.  BUT the Lord, instead of driving used me to do the walking in a variety of times and places at that location area.  So, I still didn't spend enough time with everyone as I'd have loved to.  However, have a few pictures of them and me together.  That was a blessing.

Then, one photo I took was of Sandra and her husband, without me.  Two years ago, I picked her up at the airport and spent a wonderful time with her.  This time her husband drove her out from Michigan   He stayed in Lincoln, about 25 miles from where we were, and popped in to see her part of the days.  I was so happy to see him and meet him. 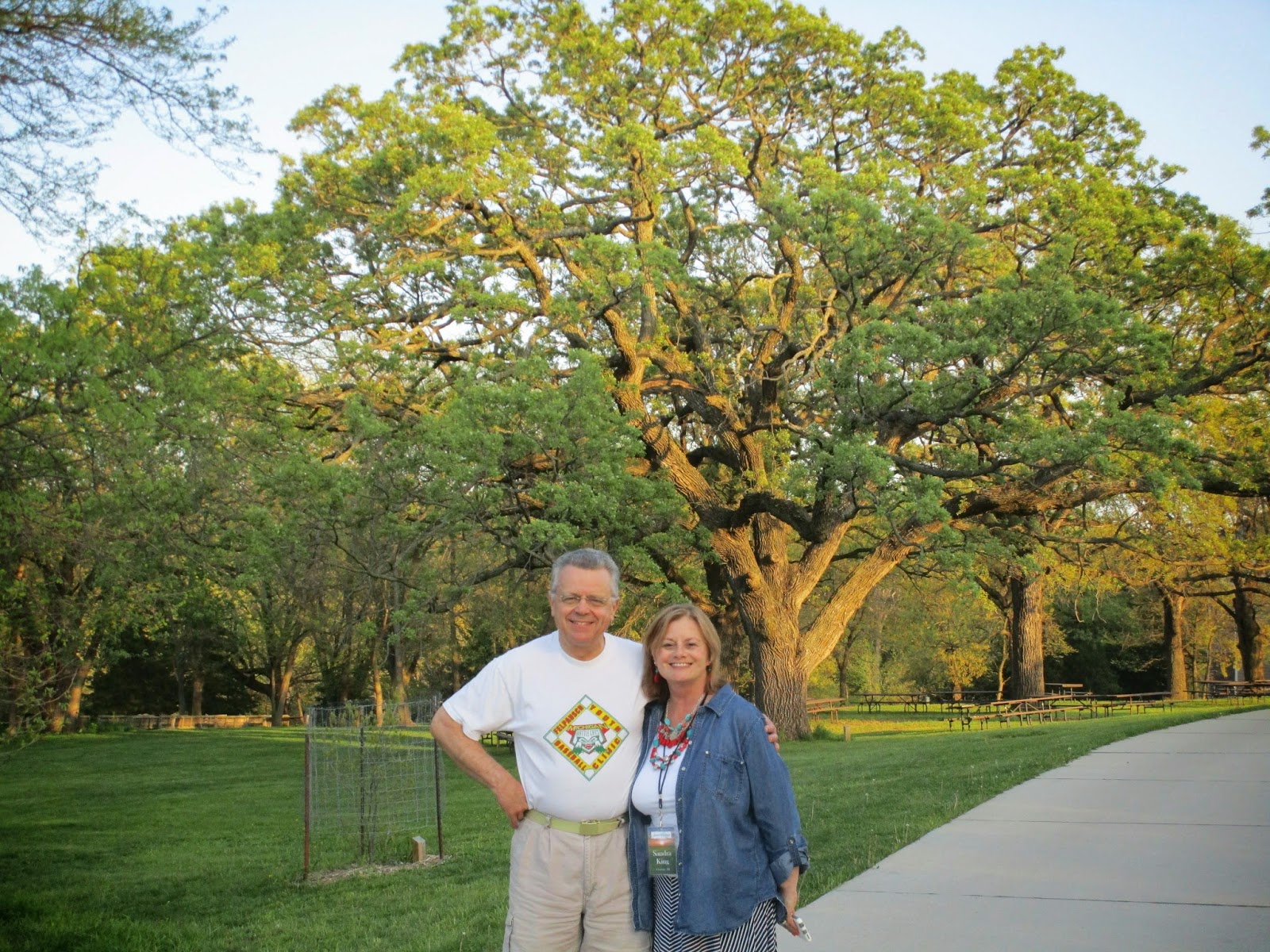 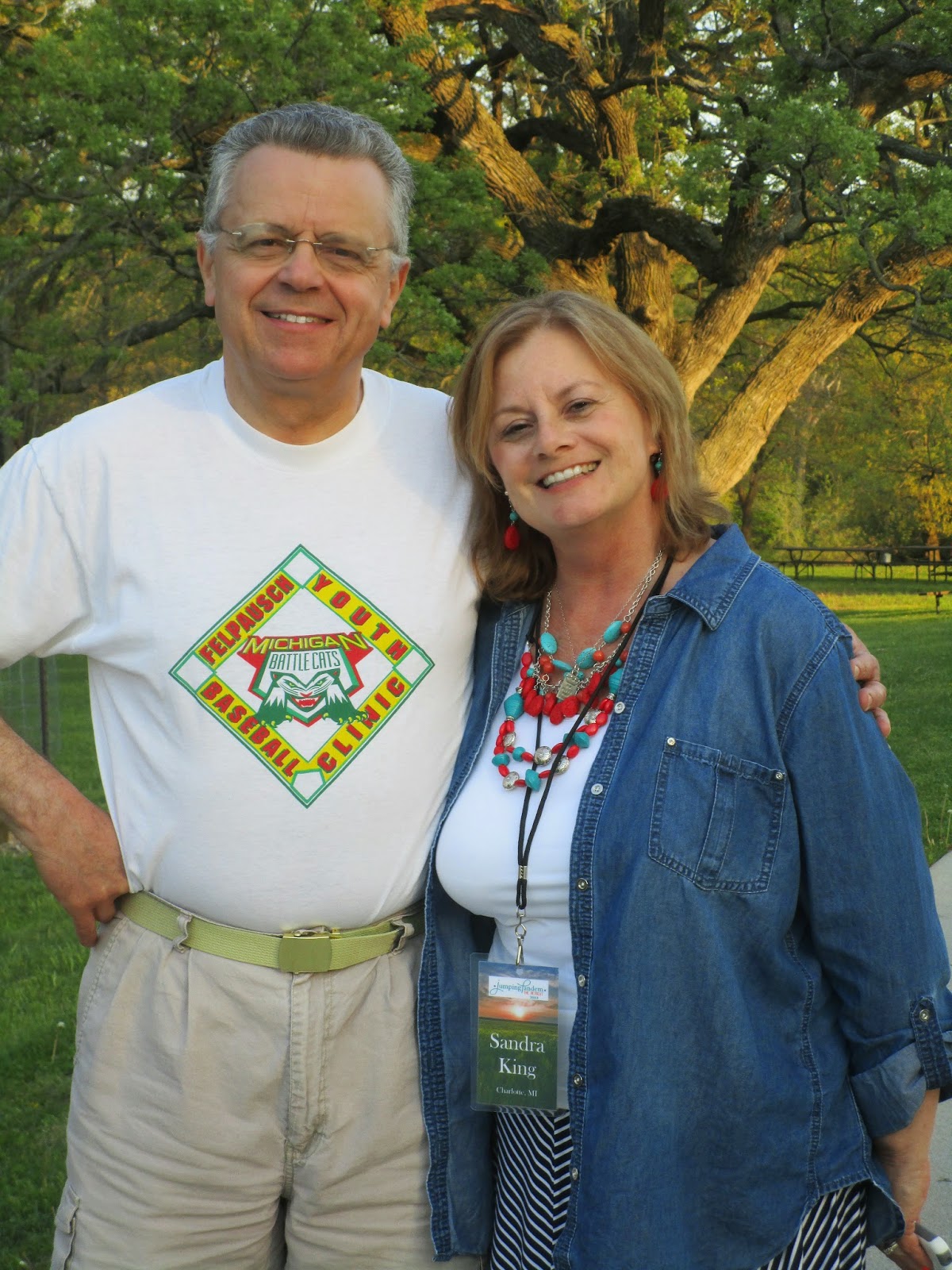 ===============================================
Anyhow, this is done.  And, since my dementia is increasing, day by day, my wording, writing, thinking is a huge challenge now, so I don't know when I can ever write anything again.  I struggled with much of this, with some of the words and some of the locations.  Some of them aren't exactly what I wanted to say..sometimes came up with words that are reasonable.  Much is not perfect.
Bless you all and many of you are love and missed and, as I often say, the Lord can put us together in heaven and we can do one of His jobs up there.  That's what I count on.  I'm looking forward to dancing, rejoicing, worshiping Him and His dear ones, and, on the side, hugging hundreds and thousands of people to show appreciation and love -- my family and friends and some of the main prophetic people historically, because I've read much of their pieces for years now and I really love them.  All I can count on is HIM, though.

So glad you were there this year, Joanne!

I'm kind of glad you weren't doing transportation cuz you were around more. And I'm glad you were God-jobbing around the grounds--and that we didn't have to send Blossom to find you. Big love!

I loved reading this and especially about your prayer walking. I am so appreciative of all the prayers that went into the weekend because I benefited richly from them, and others inevitably did, too. That was my first retreat experience, and I'm glad...so glad!...to have shared it with you! xxoo

It sounds like the retreat was a time of great blessing and challenge for you. As you are going about your everyday tasks this week, may God bring to your mind the lessons you learned there.

Joanne, so grateful to read about the retreat. It was nice for me to get a taste of it since I have never been to one :) Praying for you, for your health, for your mind, for the challenges you face. May our God strengthen you, keep you & bless you for you are a blessing to so many.

its always great to get out and away from things to make sense of things and refresh in our Lord
come see us at http://shopannies.blogspot.com