The mountains of the Cascade Range are among the most beautiful in the world: near-perfect cone-shaped summits, deep, clear, ice-blue lakes, rushing streams, and millions upon millions of trees spread from the foothills and crowded to the fringe of the snow line.

The lives of those who dwell in the valleys and flatlands surrounding the mountains are tightly intertwined with them, economically, socially, and even spiritually, for better or worse.  Impersonal pronouns, such as “it” are not used in conjunction with the mountains, and individually, they are most often referred to affectionately as “she.”

My teen years were lived southeast of Mount St. Helens in Klickitat, Washington.  Today. she is one of the most famous members of the Cascades.  Thirty-two years ago few people outside our region knew who she was, or cared.

I took her for granted.  In fact, since she was out of our eyesight in our small lumber town, I seldom thought of her.  Scientists reported periodically on the volcanic activity occurring deep within her bowels; the valley inhabitants occasionally felt earth-tremors and grabbed for lamps and dishes; and we, as teenagers, derived great enjoyment from frightening outsiders or newcomers with stories of the Cascade legendary resident, Bigfoot.  However, beyond those times, when she was specifically drawn within our range of interest, she was greatly overshadowed by her sisters, Rainier and Hood, who held center stage while she danced, more or less anonymously, in the Cascade Chorus Line. 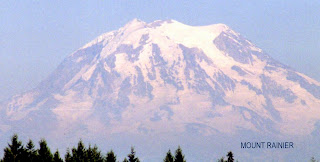 She finally gained world-wide attention on May 18, 1980, but she destroyed a good portion of herself and the adjoining neighborhood in the process.  She exploded with the force of a five megaton bomb, blowing away thirteen hundred feet of her summit, burying her lakes under tons of rock and ash, and denuding herself of billions of board feet of lumber.  Within minutes her panoramic beauty was erased, replaced by a rocky mound, colored only in varying shades of gray.

I erupted once.  Outwardly, I had been like the mountain ... strong, steady, dependable, always responsibly in place.  And, like the mountain, I had rumbled and quaked for years.  Pressure stemming from alcoholism, physical and emotional abuse, and neglect mixed with anger and hatred, churning and expanding to near-bursting, then contracting once again.  The rumbling seldom attracted much attention except from those nearest me, and even they adjusted to the tremors and noise, diving for cover only when a particularly strong quake affected them directly.The day came when the walls gave way as the boiling mass within exploded to the surface.  With the unleashing of the pressures came emotional and mental desolation.  The result was a “mound” resembling human form, but lacking inner life and vitality ... a gray, empty shell.
After the dust had settled and the experts had assessed the situation on Mount St. Helens, the paramount question was, “Will the devastation always exist?”  In answer, scientists shook their heads, shrugged their shoulders, or raised their eyebrows, quizzically.  “Time will tell,” they said.Time told.  As Spring unobtrusively stole across the mountain the next year, lichen, vividly colored wild flowers, and small bushes, such as fireweed and trail blackberries, pushed through the fine-sifted ashy soil. 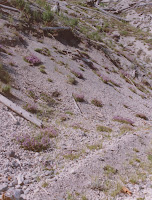 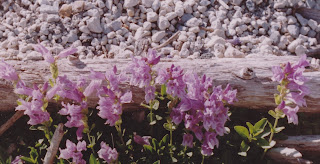 There was just a little color, compared to the vast empty gray spaces, but enough to herald the beginnings of new life.
The Psalmist said, “Weeping may endure for the night, but joy cometh in the morning.”  After a long seven-months-night of weeping and pain, threatened with suicide, I awoke April 15, 1966,  and found New Life.  The ashes of destruction and desolation became the soil of hope.  Solidity, peace and creativity burst through the crust and sent their roots deep into my heart.  I watched enraptured as change overtook me –- step-by-God-ordered-and-ordained-step -- until wholeness was within my grasp.


Mount St. Helens will never be the same as she was before the blast ... not in form, or coloration, or temperament.  The radical changes forced by the eruption have left scars that will never be eradicated.  But, being the Mountain that she is, she fostered new life and is once again covered with forest, flowers, and wildlife, a monument to God’s restorative powers. 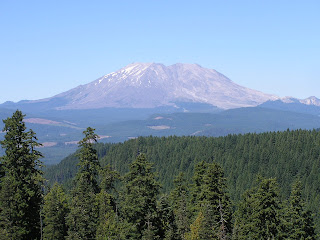 My explosion, generated by long-compounding inner stress, did not change me physically, as happened to the Mountain.  Inwardly, however, my emotions and spirit can never be as they were.  Some scars remain, but they are no longer livid, jagged reminders of the past.  They have faded into the background with the steady emergence of Life.


I am now one with the Mountain.  We both experienced the pain of destruction and the joy of re-formation.  We both saw that, given the healing power of God, life can return to even those most devastated.  Where she was once an acquaintance, now she is my friend.  She is a symbol of life past and present, and the hope for the future.  I will never take her, or life, for granted again. 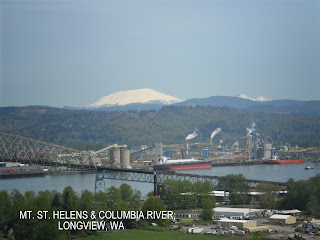 ====================
I realize more glacial and volcanic activity has continued, especially in the last few years.  However, not being a scientifically-oriented person, I have thought of this original eruption as a personal story.  And, yes, I ain't perfect either... but DO have "forests, and flowers, and fruit" through family, friends, and fellowship locally, nationally, internationally.  My "crater" nearly fully-filled through my Creator.

Wow! This is truly inspirational. You have such a way of sharing the wonders of God... I have only read a few of your posts, but each have left me standing in awe of the goodness and mercy of God.

Thank you for linking up with Scripture Sunday - it truly is a blessing to have you participate.

So well written, you have captured the words to describe this region. I love the parallels.
When I first moved here, the Lord spoke to me about his presence even when I don't "feel" it through Mt. Rainer. It is enormous, and yet it seems to be gone when the clouds cover it. But it is there, always there, it hasn't gone anywhere. The clouds will roll in as we walk through life, but I was to know He was still there.