Twenty five years ago, I was speaking at a local treatment center that had alcoholics, drug addicts, food addicts, and codependents.  I had been there a couple months earlier as a codep.  I wrote this story to speak, not able to be based much on the Lord, but wanted to open minds and hearts about how and where and when they could grow.  Ain't perfect, but not boring.  However, as I said, I couldn't mix the Lord in the way I wanted, because of the social situations in that place, at that time.

==============================================
I always knew I was "poor white trash."  I wasn't raised in the South during the Civil War or Reconstruction, but, from 5th grade to junior high age, every book I read on those subjects confirmed it to me.  As I read I didn't identify with a southern belle; in fact, such silliness and coy behavior that was described was far beyond me.  I didn't understand the southern gentleman, who succumbed to the silliness and rode off to war with his lady's perfumed hanky tucked into the cuff of his uniform.  I identified a little with the outrageous behavior of Scarlet O'Hara, but was disgusted with her deceit and deviousness.  I always thought she got what she deserved from Rhett.  I felt extremely sorry for the slaves, and began fighting for civil rights from the tip of my pen in 7th grade -- – and was chosen to speak in our school auditorium -- and, if possible, would have marched in Selma, Alabama, a few years later.  I understood the plight of the sharecropper -- somewhat.  In my thinking, he was an honest, hardworking man who did the best he could with what he had.  This was epitomized by Johnny Cash's lyrics -- where people were poor, but worked together to build a strong family system and sense of values.  Disappointed?  Yes.  Frequently.  The old "down but not out" way of life.

What I really identified with was a step or so lower than that.  I always felt like the dregs of society.  No one had to tell me I was, although more than one person was quick to point it out to me.  Dad was the town drunk -- or the neighborhood drunk -- depending where we lived.  And Mom was a drunk bully.  We kids were ruffians, or hellians, or misfits -- at school or at church or in polite society in general.  Actually, we were examples of IMpolite society.  WE were the negative examples parents gave their children:

--    "Can you believe it?  Joanne's clothes were inside out when she came to school today."

I also heard, "I can be your friend at church, but not at school.  My other friends don't like you."

I tried to break free of the reputation, but made some horrible social blunders.   Usually I didn't even know it until someone took me aside to explain that this or that simply wasn't done.

I fantasized about being a fairy princess, riding off in the arms of Prince Charming -- and then awoke to the life of Cinderella  -- prior to the fairy godmother and her helpers.  I read about all the possibilities available to a bright, studious girl of the '50's.  Weren't nuclear scientists and physicists in great demand?  Wouldn't that demand only increase?  Couldn't I be one?  My 6th grade teacher, Mrs. Swarm, on a photo, wrote, "I shall be waiting to hear of the famous Scientist Lee some day". 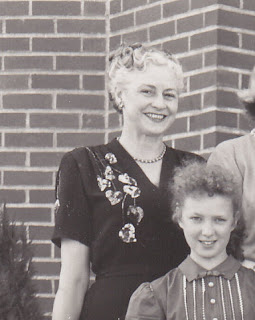 I envisioned myself as a scrawny, tangle-haired, dirt-streaked waif, a life filled with drudgery, marrying because someone won me in a poker game or traded me for a good plow mule.  But ... I always had spirit.  I'd fight and claw and someday rise above my roots.  I always knew I was smart and I knew THEY (whoever "they" might be) would figure that out ... and there would follow a string of intrigues and successes such as the world had never seen.    And, no, I'd never become a southern belle -- I couldn't ever be that giddy or faint that gracefully.  But I would rise to a level where I could choose my own husband ... and I would know how to put proper shoes on my feet and smell nice and take more than one bath a week (IF I wanted to).   And I would be a white Harriett Tubman, leading untold thousands of "poor white trash" girls like myself on the road to freedom from poverty and humiliation and all the other ills of life on the other side of the tracks -- in fact, the other side of the other side of the tracks.

Anyway, that was my fantasy.  And it didn't work out the way I planned.  I'm "out" now -- after years of struggle and frustration.  And in the final assessment, my brains and spirit didn't do it -- God did.

Is it too late?  I hope not.  If it is, can I be content?  Probably not.  If it's not too late, where can I begin?  I still have a "shining knight in charging armor" syndrome.  I was born with it -- and I'm convinced mine is a terminal case. I'm sure it is one description that could be engraved on my tombstone.  "Here lies the Princess Joanne; she got caught in the armor and trampled by her horse; but she never stopped believing in fairy tale endings -- or heavenly beginnings."
Posted by caryjo at 10:14 PM

I wish I could take that little girl, hug her, have her to dinner often, let and to help me in the garden. I would show her the flowers, each one beautiful and different and sometimes the most beautiful survive in the harshest elements. The Lupine growing on Mt. Rainer are just as beautiful as the rose growing in the valley. I would let her know she is always a princess. Always was, always will be.
Hugs,
Gayle

This is so touching Joanne. My heart aches for that little girl. From what I can see you have let the Lord make something very beautiful out of your life.

Thoughts for the day said...

How blessed that you met your heavenly Prince and your earthly prince. Truly the Lord redeems and restores.

Out of the trash can come amazing treasures. God finds them and he found you and set your feet on the solid rock! Now you are a precious jewel that shines for Him.

This was so moving...what an incredible, honest speech! I am at a loss for words. I just want to say that your writings, your photographs, and your blog are such encouragements!! Your beauty (inside and out) radiates through them. Thanks for all that you share with the rest of us! Have a beautiful day!!
P.S. Loved this: "...she never stopped believing in fairy tale endings -- or heavenly beginnings." ~ Perfect :)

And sadly there are countless other women of all races, creeds and color that suffer from similar feelings.

What a mighty platform you have to help others to change their thinking.

I still have to do affirmations to myself.

God is good to have helped you see yourself in a beautiful light.

A heart can be easily broken. We all have them, yours is a bit deeper than most, but isn't that how God works?
I think of king David and what a difficult life he had until older, and even then still some beyond grasp. Your knight in shining armor is God who provided a good man who treats you like the princess you are.

Love your sister's quote and perspective.