Did u Know Uncle Robert Tumuhairwe, he passed on today morning, he was the first Kasana Manager

I hadn't seen Robert Tumuhairwe since early 1996; hadn't heard much about him since then.  Any time I looked at my photos taken back then, I always grinned when I saw him.  He had such a heart for the orphans at New Hope.  And, yes, he was the manager.  But, NO, he wasn't thoroughly administratively oriented.  He...loved...kids!!  And he had some good ideas. 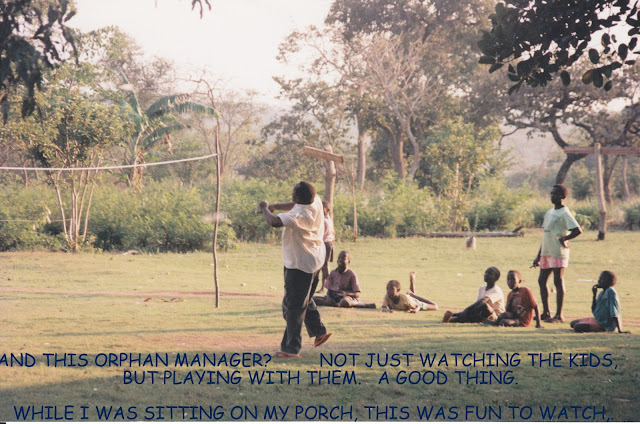 Now, for a few months, I was his secretary.  He gave me what he needed to have done, explained the details and time limits, and readjusted if possible. [Since I "secretaried" for 6 people, readjustment was sometimes an absolute necessity.]  He never fussed, always smiled, and expressed appreciation for me. [When working for someone for free, that's nice, to say the least.]

After receiving Robert's message, then contacting my dear ones, I've been told that he had a heart attack.

One of the final times we saw him, we had lunch together. 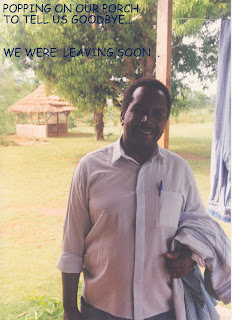 So... the joy?  We will see him again.  In Heaven.  No work together, no worldly/earthly jobs, no intense tasks.

What could NOT be joyful?  Maybe not able to play badminton together, but I'd sure like to.

Precious in the sight of the Lord ...

Yes, I look forward to those who have gone before me greeting me when I come into heaven. He will be a happy greeter I can see from looking at him. But he will be missed and irreplaceable here on earth.

What an awesome legacy. I love it when I hear that someone loves kids. That is the heart of God. To care and nurture the little ones brings a special spot in our Father's heart I think. "Robert was a man of God who loved children..." It just doesn't get much better than that. You were blessed to know him and vice versa.